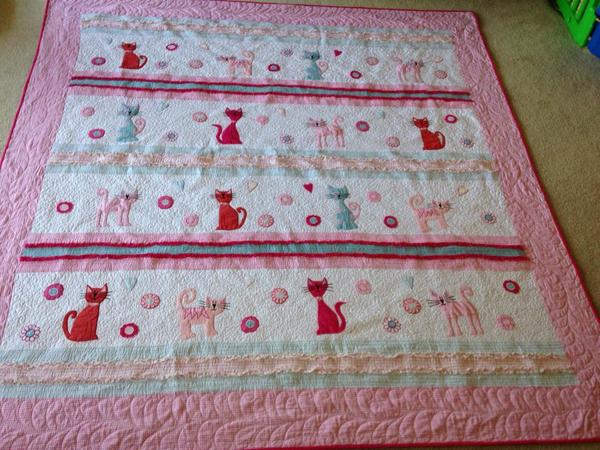 from: Jackie Walker Jarvis: “A charity quilt for the local humane society auction.” 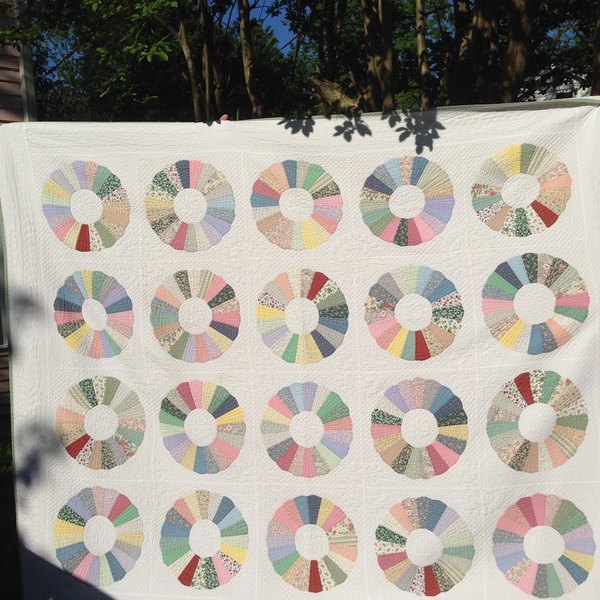 from: Linda Gold Deis: “This is a great example of how someone’s quilting changes over the years. I will forever think of this as my “First Gulf War” quilt. I quilted it sitting listening to CNN and the horrors of the first gulf war. That said, this quilt is hand AppliquÈd and hand quilted. The diagonal background quilting is done at 1/2″. Feather motifs highlight the centers of the Dresden Plates and also the intersections of the blocks. Each wedge of the quilt has four radiating lines of quilting. My Mom loved this quilt so much she insisted on entering it in the county fair. It took the blue ribbon. It was one of my wedding presents to my oldest daughter. While I would never do a quilt like this again, it’s fun to look back on the simplicity of some of my earlier pieces.” 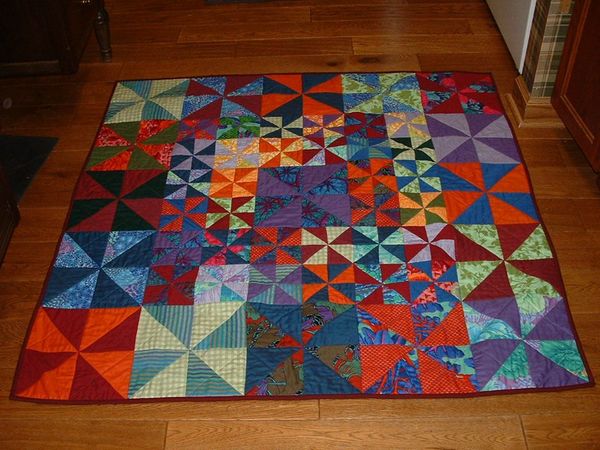 from: Diana Daily: “I just finished this quilt from the book Passionate patchwork by Kaffe Fassett. I will use it out in the garden gazebo when I have company or garden tours. The fabrics are mostly Kaffe’s.” 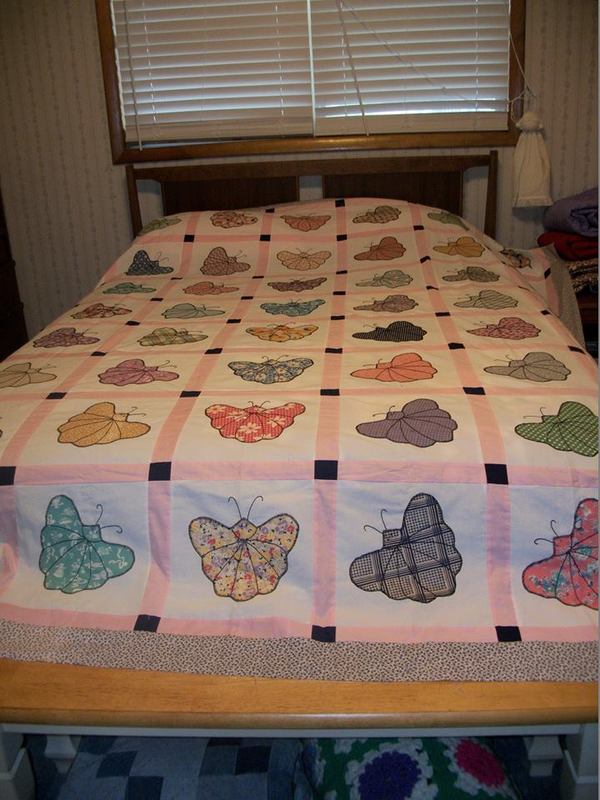 from: Della Lindley: “about two years ago my sister and I were given a whole mother load of “quilting stuff” found in our half sister’s home after her death . I spend 3 weeks soaking, washing and sorting . we keep all this at my sister’s in Tulsa and I go down ever 2 months or so and spend a week on Ruby’s stuff we each do some homework as well. I quilt most on the long arm but some are getting hand quilted this is one that will . it is hand applique . these were cut out and in a nice box . they had been so long that they were stuck together one had been done on too small of block. June used this as a “take to appointment project” I will pin it together on the long arm and June will hand quilt it. then my daughter Rita will get it”