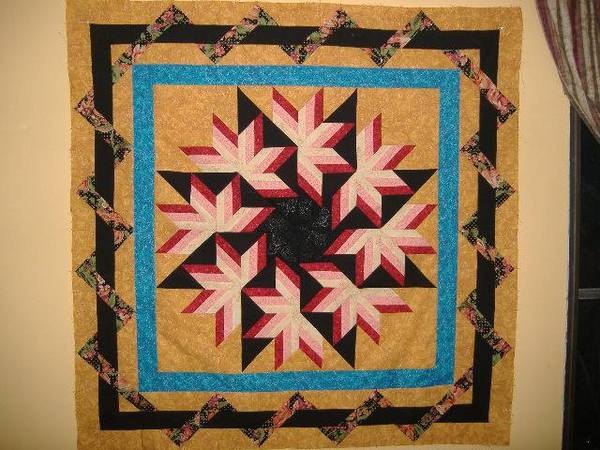 from: Ruth Louck: “pattern is called Star Tricks, I named this one ‘Fire’. It was really pretty boring until I added the blue- a color completely outside of the color scheme. Brought the whole thing together. Your eye no longer wanders around, but is focused on the medallion. First time for the entwined border, too.” 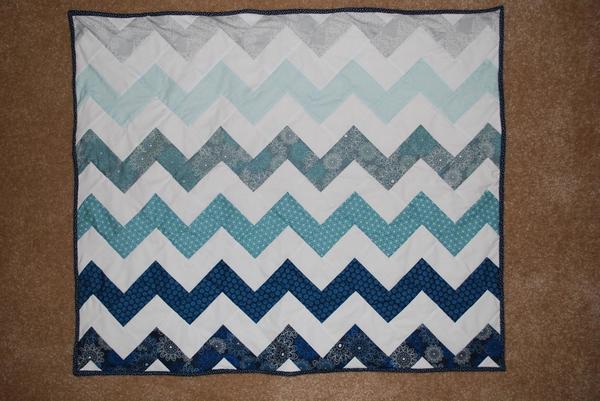 from: Julie Randazzo Radetski: “I just finished this quilt for my nephew who is arriving in May. It’s only my 4th quilt ever but I’m enjoying it more each time!” 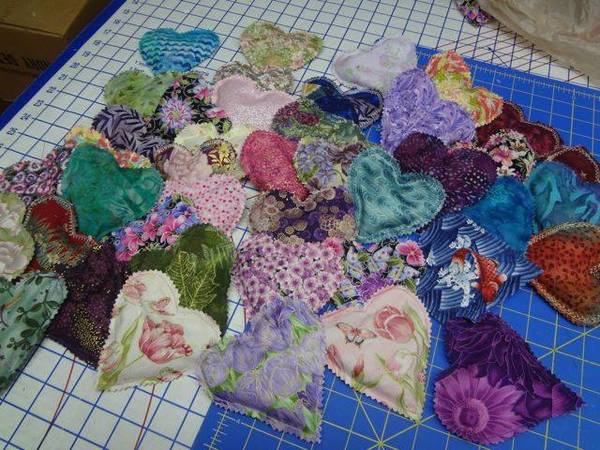 from: Martha Plante: “So with our daughter getting married and a wedding shower coming up, I decided it would be fun if I could make a little something for the attendees at the shower. I decided on some lavender filled sachet hearts. Made a few, trying out some new stitches on my new machine. Then decided to call & see how many were coming. 39 and counting!!!! Stowed away the stich directory, switched to straight stitches and went into production mode. My sewing room smells great! That’s what I’m working on!” 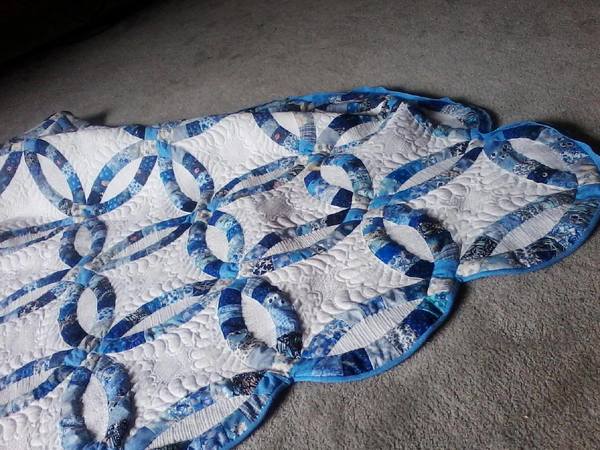 from: Barbara Whitcomb Branson: “After working on it for 16 years , it is done! Double bed size. Barb”