11-Yr-Old Crochet Prodigy Finds Perfect Way To Give Back To People In Need.

As parents we never know what sorts of things our kids will become passionate about. Will it be music? Art? Mathematics? No one knows until it happens.

When Jennifer Larson adopted her son Jonah from Ethiopia as an infant, she was filled with all the same hopes and dreams that any parent would be. She didn’t have to wait long to discover Jonah’s special talent. When he was 5 years old he came to her with a crochet hook and asked what it was. 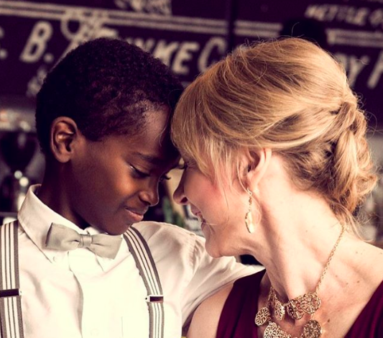 Jennifer explained that it was used to crochet, and that she herself did not know how but his grandmother had been very good at it. Jonah decided to watch a few YouTube tutorials to learn how to work the needles, unknowingly stumbling upon a talent of his own that would prove to be both lucrative and empowering in many ways.

When Jonah was brought to the States doctors told his adoptive parents that he might have developmental delays due to malnutrition in the orphanage where he lived for the first 5 months of his life. But as he grew bigger and stronger with every passing day, it became clear that he was whip-smart and incredibly clever. 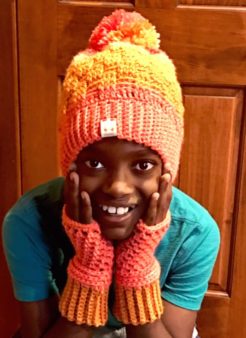 When he first started experimenting with the crochet needles, Jennifer assumed he’d play around with it for a while and eventually give it up. Instead, Jonah got more and more advanced with his skills, and by the time he was 7 he could crochet entire blankets. 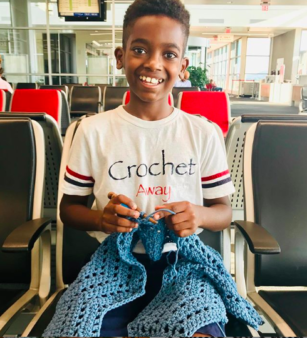 After he started crocheting many other problems in Jonah’s life faded into the background. Jennifer says he was acting out in school out of boredom for a while — so much that she was getting frustrated by the phone calls from school 2-3 times each week. All of that ended once he was allowed to crochet while listening in class. His mother thinks that the craft keeps a part of his brain occupied so that he can focus more on his classwork, stating crocheting “is medicinal in some ways.” 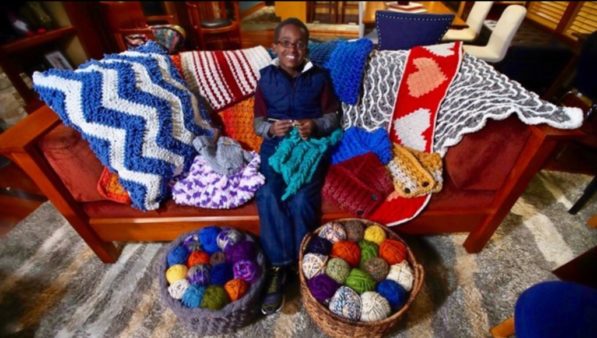 As his talents grew so did Jonah’s social media presence. His older brother Leif manages his social pages, all of which have thousands of followers. He’s even appeared on television shows and met celebrities thanks to his popular YouTube tutorial videos. He’s also got a popular online store, Jonah’s Hands, where he sells his creations. 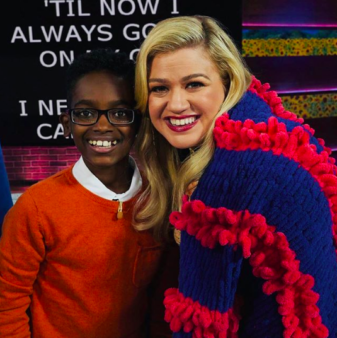 “I see crochet as a positive way to bring the world together and it’s just a craft that everybody comes together and enjoys,” Jonah said. One way that the sixth grader is using his talents to help others is by donating proceeds from sales to Roots Ethiopia, an organization that benefits the region where he and his adopted sister Mercy were born. He also participates in business partnerships with charities regularly, giving away his work to benefit others. 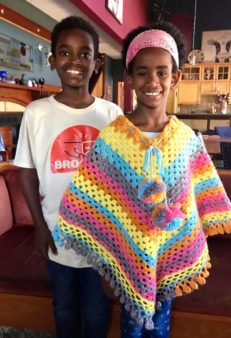 Jonah doesn’t plan on being a crochet artist forever, and whatever he ends up doing he knows that philanthropy is important to him. “I would like to be able to be a surgeon and be able to go back to Ethiopia and give out some free surgeries.” Judging by the way he handles those crochet needles, we’d say he’ll be a natural surgeon!