How to Decode the Symbols Hidden in WWII Era Quilts

Dove at the window, endless chain, and Texas star were all popular quilt patterns of the 1940s. During the war in Britain the Union Jack flag was incorporated into quilts, as was the American flag here. Patriotic designs were popular, but some quilts went above and beyond simply being patriotic. There was a brief period during the decade when the symbols in quilts sometimes took on much more somber patterns and meanings. Here are a few of the hidden symbols in quilts from the World War II era. 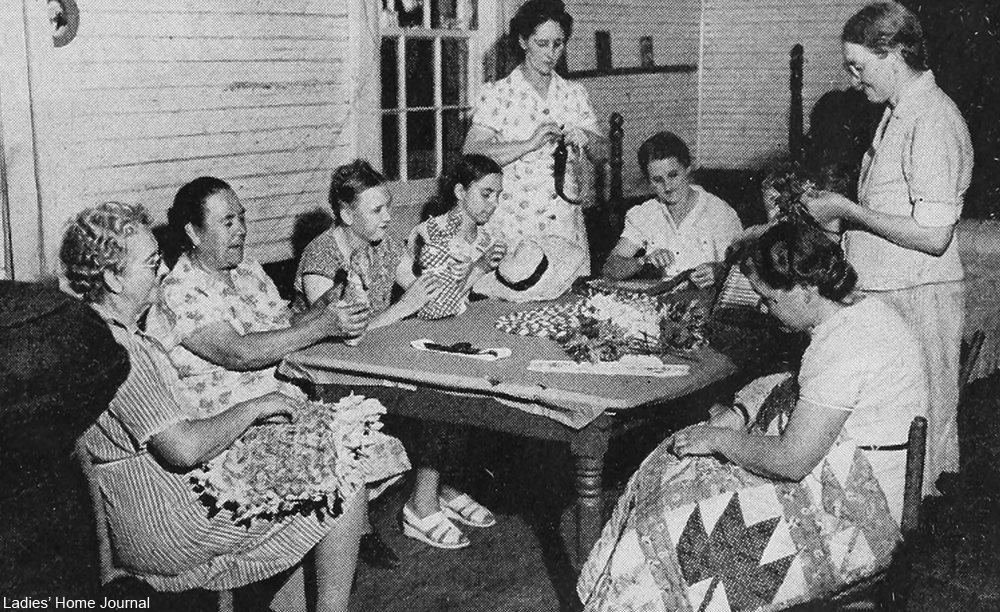 Five point stars on quilts often symbolized not only the armed forces and the American flag, but they represented to the community that the family had enlisted members who were away. These were known as blue star banner quilts and sometimes they would be hung in the window for people to see. This kind of public expression was in support of the soldiers, but also to support those left behind. 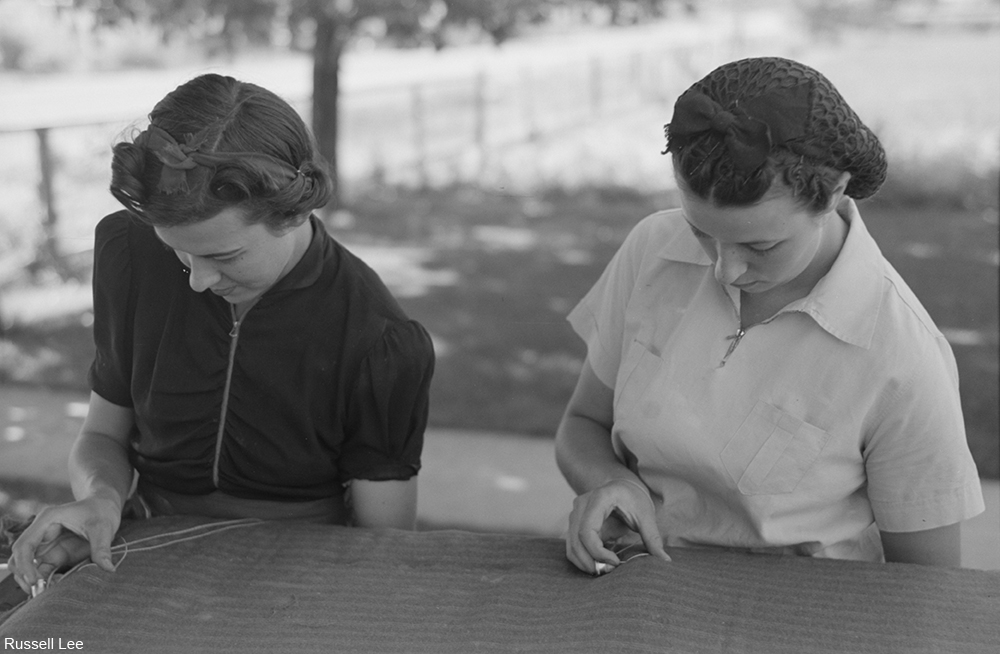 Via/ Library of Congress

A gold or yellow star on the quilt meant that the enlisted person had died serving their country. Unlike other patterns of the era, these are comparatively uncomplicated designs, but they have an extraordinary meaning.

The V symbol was common during the 1940s, especially as the Allies neared the end of the war and began to make headway. During the war “victory” was inserted into many phrases so as to keep the goal in mind: victory gardens, victory rolls, and the U.S. government even launched a campaign wherein mail to soldiers was called “V-mail”. 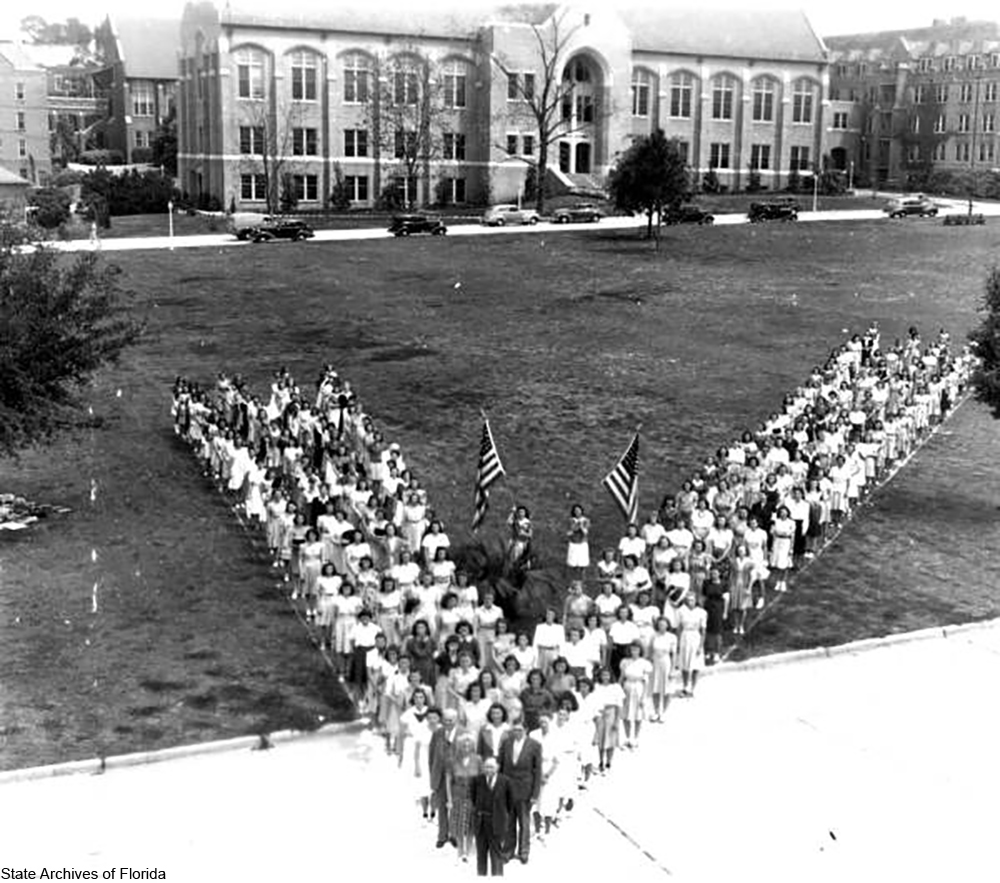 Via/ State Archives of Florida

The V symbol was incorporated into quilts in a variety of ways, from Vs arranged in a circle that looked like flowers from a distance, to patchwork V arrangements and many others besides. The V pattern was published before the war, but was used again with new meaning after the Attack on Pearl Harbor.

Silky fabric quilts made during or just after the war were most likely made from parachute scraps, often the one that may have saved a soldier’s life. Silk and satin were hard to come by during the war and in the years following, but a parachute shipped from overseas was worth quite a lot to a woman who knew how to sew.

The example below is a baby quilt made from a parachute. How touching that a baby might sleep under his father’s parachute. 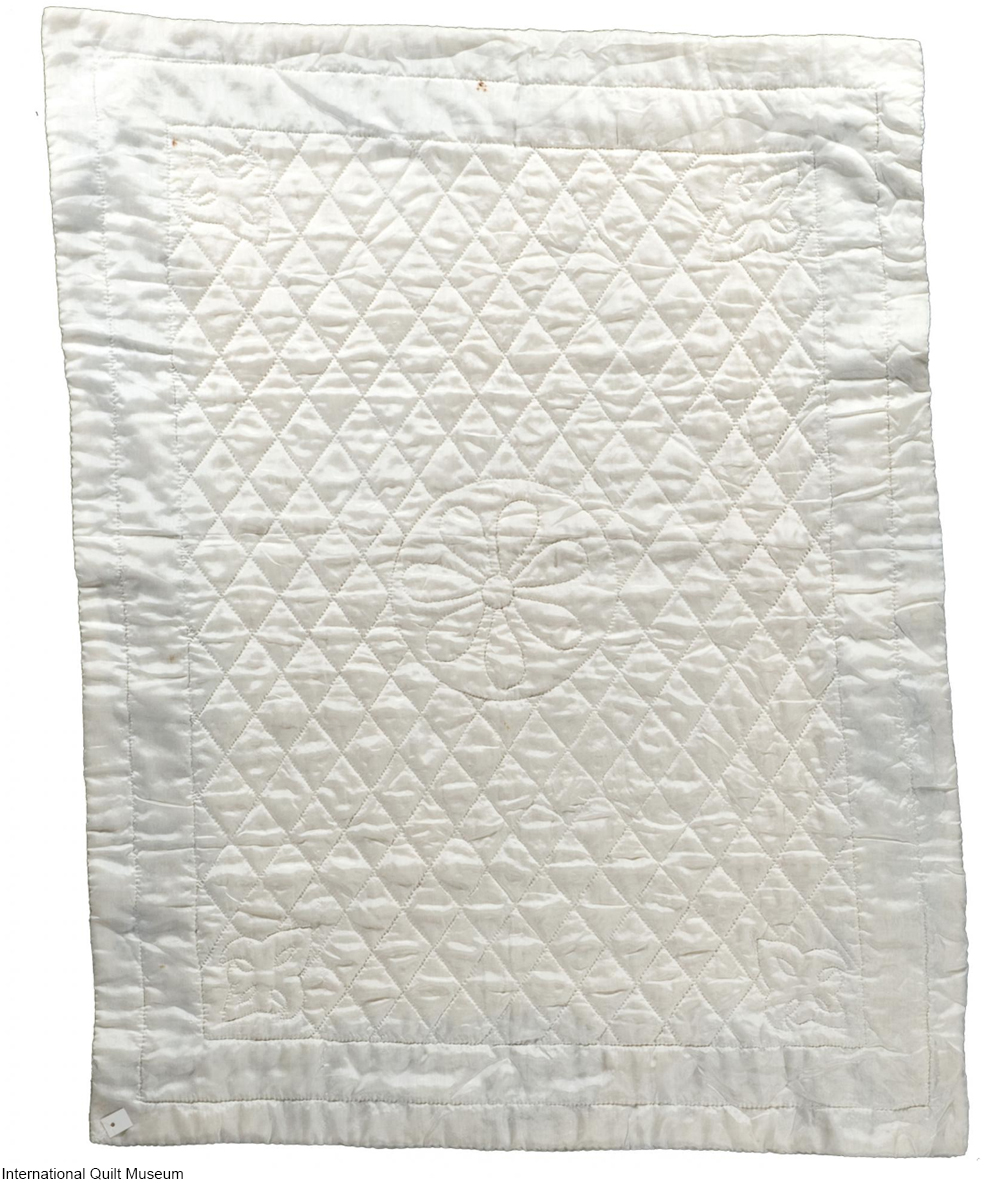 Planes and Other Military Symbols

Planes, naval symbols, or the Red Cross symbol were used a lot in quilts and could stand for a woman’s association with a pilot, sailor, or Red Cross nurse. In the U.K. spotters could have been anyone from the community who signed up to be on the lookout for German planes and the quilt below is named for these civilian workers. 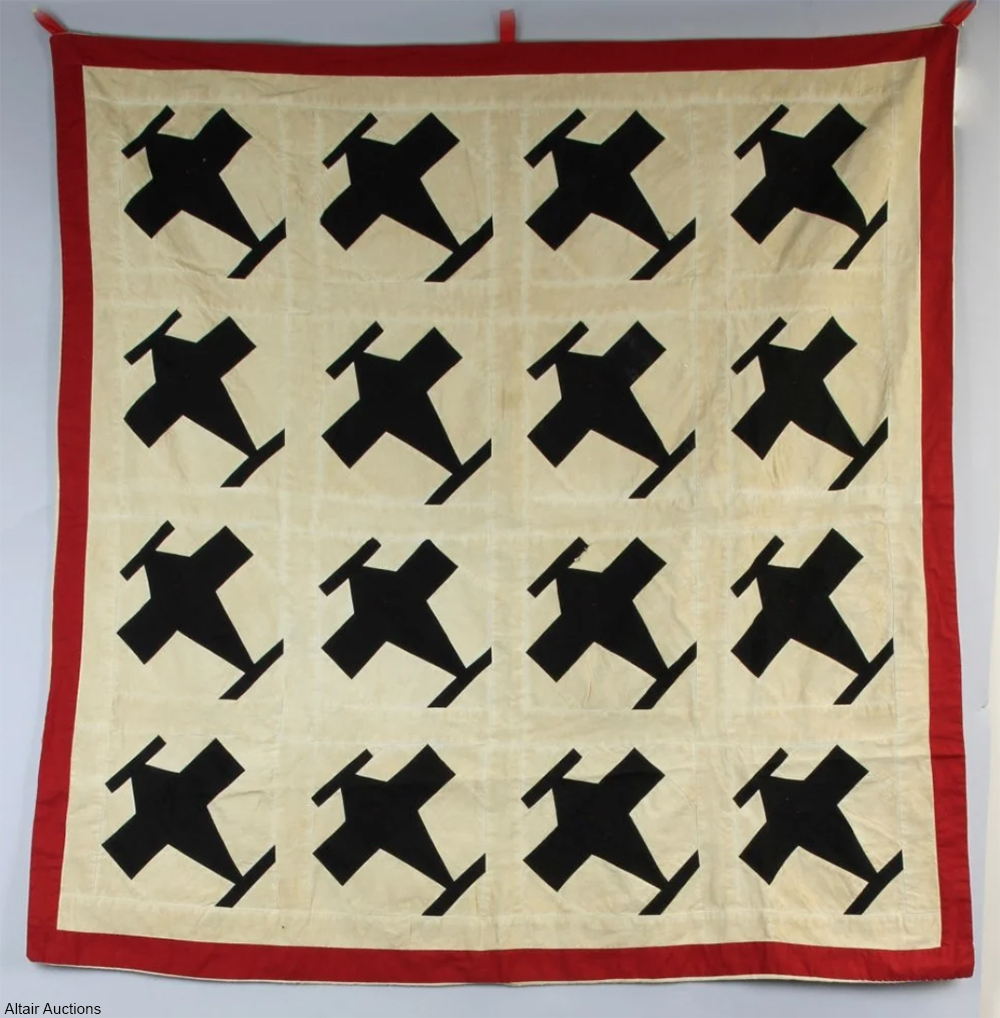 Quilts made by those liberated from concentration camps sometimes had messages of gratitude sewn into them. Many quilts were made for war victims and soldiers and sent overseas via the Red Cross. Sometimes these quilts carried with them small labels of what they were, but for the most part were made from popular quilt patterns of the day. 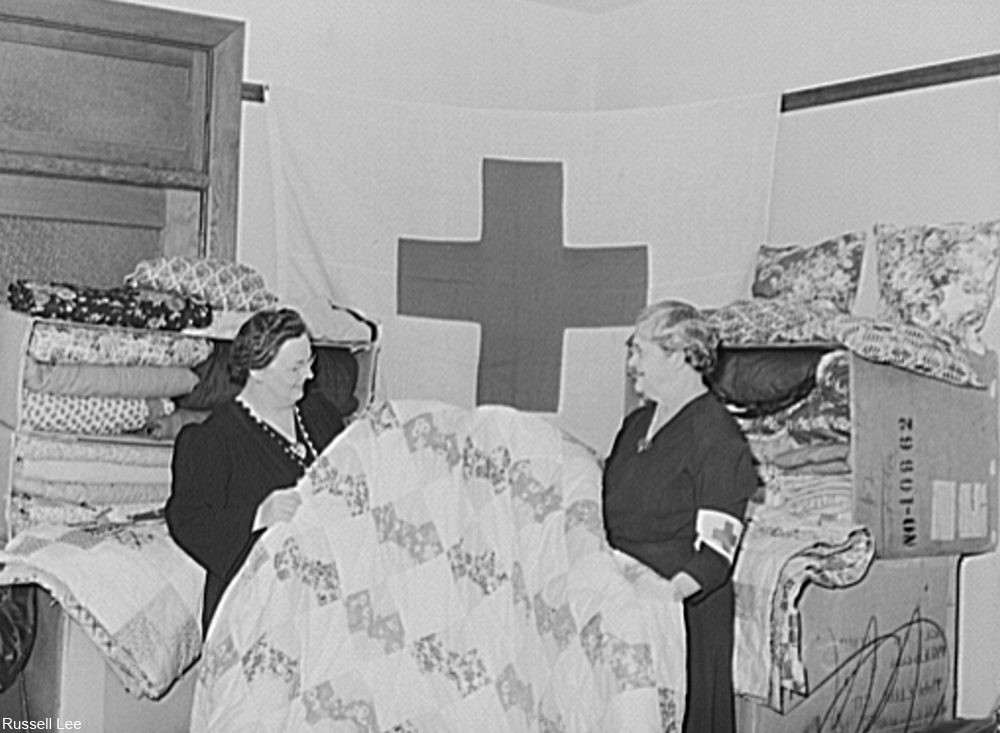 Via/ Library of Congress